As of now, scholars are still concerned about whether regime type has had any impact on economic performance. A growing consensus appears to suggest that there is no relationship between growth or other economic outcomes and the regime an economy exercises. Democracies and autocracies perform equally well, although democracies are less volatile.[1]Doucouliagos, C., & Ulubasoglu, M. A. (2006). Economic freedom and economic growth: Does specification make a difference?. European journal of political economy, 22(1), 60-81. So, economies may have a hard time making painful economic changes because changes in governments can have a big impact on how a country performs economically. 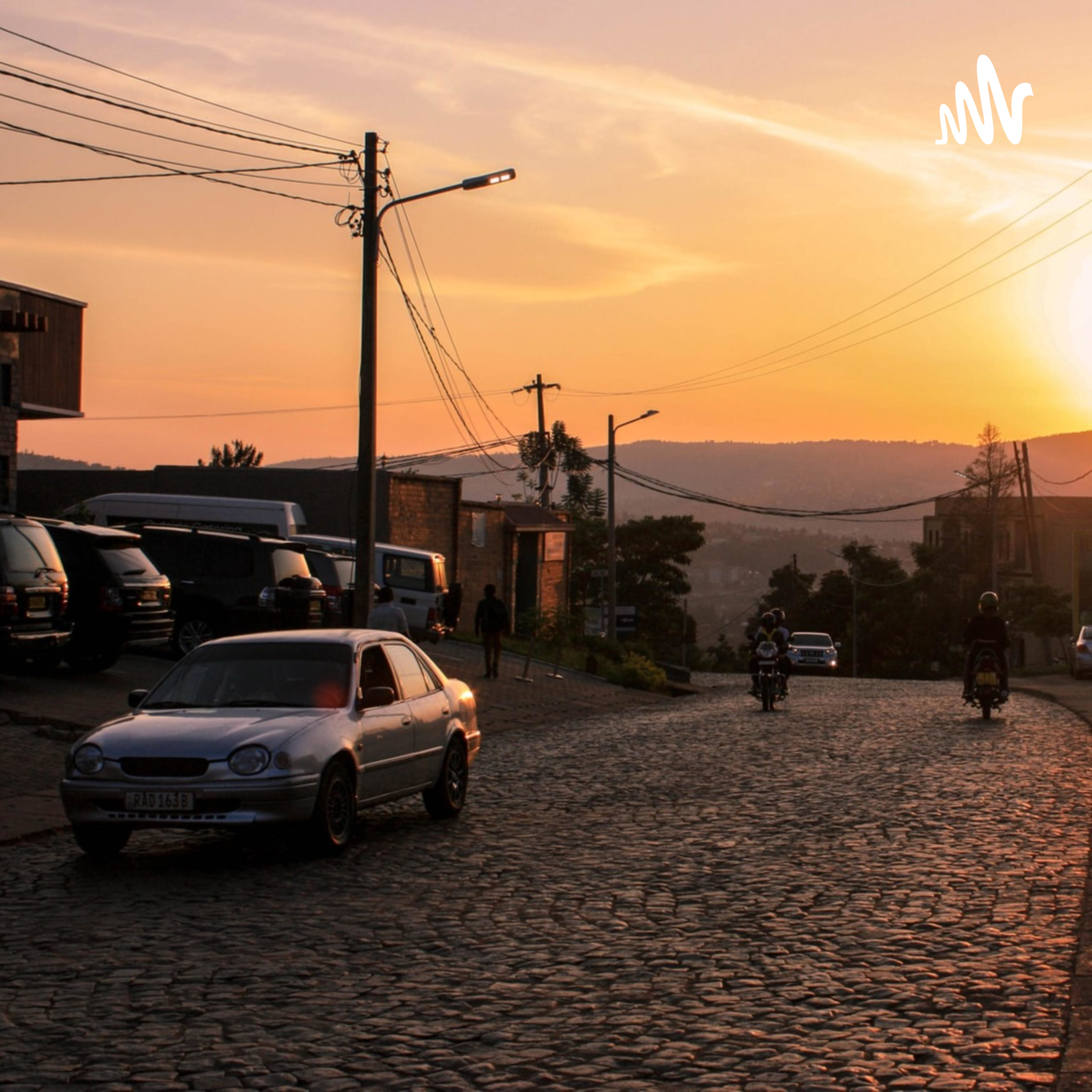 For a country to function and attain economic development requires energy and determination, including putting enough forces into all aspects of development, including economic, political, environmental, demographic, institutional, and more. All those aspects, depending on their status, can either benefit or hamper the country’s economic development. However, most developing countries suffer from poor institutional structures and political democracy defects, which sometimes hinder development in the long run because, unlike rich countries, developing countries are reluctant to protect and develop private-sector institutions, [4]Constantine, C (2017). Economic structures, institutions and economic performance. Economic Structures 6, (2). https://doi.org/10.1186/s40008-017-0063-1.

“Institutions of different societies are the ones that generate different patterns in the long run of economic development.”

Here, we are going to refer democracy into two terms: first, political and government power.

On the political and governmental side, we will use the two types of political systems, namely de jure and de facto systems.[6]Acemoglu, D., Johnson, S., & Robinson, J. A. (2005). Institutions as a fundamental cause of long-run growth. Handbook of economic growth, 1, 385-472. We can define de jure power as the power with which states approve formal rules that delegate authority to International Public Administrations (IPAs) (.Whereas “De facto power” is power that is not allocated by de jure institutions such as voting legislation or elections, but rather is possessed by a social group as a result of wealth, violence, or other means.[7]Bertocchi, G., & Dimico, A. (2017). De jure and de facto determinants of power: evidence from Mississippi. Constitutional Political Economy, 28(4), 321-345.

Second is the institutional structures and quality, which also play a big role in determining the level of growth for developing countries.

Moreover, if we talk about development, which here includes an aspect of human development. For economic development to make sense, it is necessary for society’s quality of life to be improved. That is measured through the Human Development Index (HDI). Kelley mentions a UNDP definition which is “a process of enlarging people’s choices”.[8]Kelley, A. C. (1991). The human development index:” handle with care”. Population and development review, 315-324. HDI is a three-dimension index (Long and healthy life, Education, and living standards) with four indicators (Life expectancy for Health, expected years of schooling, mean years of schooling for education, and Gross National Income/Product per capita).

Many researchers have considered an aspect of democracy with respect to other dimensions and indicators of the Human Development Index.

Wang, Mechkova and Andersson used a dataset that covers 173 countries over the 1900–2012 period and contains measures for both democracy and quality of government (QoG).[9]Wang, Y. T., Mechkova, V., & Andersson, F. (2019). Does democracy enhance health? New empirical evidence 1900–2012. Political Research Quarterly, 72(3), 554-569. Panel data analysis found that selecting leaders who are responsive and accountable to citizens through the mechanism of competitive elections enhances health. Moreover, a good democracy has an impact not only on the adult generations but on the younger generations as well, through well-structured institutions that help to improve well-being, including sanitation.[10]Burroway, R. (2016). Democracy and child health in developing countries. International Journal of Comparative Sociology, 57(5), 338-364.

Economic growth and development are based on the capacity of the citizens to produce goods and services, which will automatically help the economy grow. For a government that is well-structured and democratized, they will need to put in place strong education policies. Scholars have also revealed that the high cognitive abilities of societies may lead to economic development.[11]Dumciuviene, D. (2015). The impact of education policy to country economic development. Procedia-Social and Behavioral Sciences, 191, 2427-2436.; [12]Salahodjaev, R. (2015). Democracy and economic growth: The role of intelligence in cross-country regressions. Intelligence, 50, 228-234.. According to Tavares and Wacziang, using a simultaneous equation framework in a panel of 65 industrial and developing countries over the period 1970–1989, they found that democracy encourages growth by improving the accumulation of human capital and lowering income inequality.[13]Tavares, J., & Wacziarg, R. (2001). How democracy affects growth. European economic review, 45(8), 1341-1378..

Most scholars hold to the statement that there is a positive relationship between a democratic regime and human life, especially non-monetary aspects that are taken into emphasis. It is supposed that a democratic regime will take care of the citizens to ensure their wellbeing because, for policymakers and leaders to maintain political power, they need to set policies that improve the population’s welfare. [14]Liotti, G., Musella, M., & D’ISANTO, F. (2018). Does democracy improve human development? Evidence from former socialist countries. Eastern Journal of European Studies, 9(2), 69.; [15]Voipio-Pulkki, L. M., Heinonen, N., Korhonen, P., & Mustonen, P. (2019). The quest for more balanced policy and decision making: the economy of wellbeing. Eurohealth, 25(3), 23-25..

Knutsen finds evidence for a positive, and quite substantial, effect of proportional representation electoral rules on economic growth because presidentialism systems promote broad-interest, rather than special interest. They also provide credible economic policies, which in that case, promote the overall wellbeing of the country. [16]Knutsen, C. H. (2011). Democracy, dictatorship and protection of property rights. The Journal of Development Studies, 47(1), 164-182.

Most African countries have evolved from royal regimes and shifted to governments post-independence. However, democracy was supposed to be the norm even though this transition has seen many drawbacks with wars, coups, and more still present up to date. Studies have shown that democratic transition does not really imply a change in policies. It has also resulted in an increase in immigrants from African countries to the western world. That may result in brain-drain, but still, where institutions are well-designed, they create sustainability in terms of development. [17]Omar N. Cham & Ilke Adam (2021): The politicization and framing of migrationin West Africa: transition to democracy as a game changer? Territory, Politics, Governance, DOI: … Continue reading.

However, liberal-democratic regimes are not standardized due to the fact that most African countries are more realists than idealists. Moreover, despite the fact that African countries also show progress in liberalization, there is an underlying problem of neo-patrimonialism that restrains the development of liberal-democratic forms of governance. [18]Hyden, G. (2016). Beyond the liberal democracy paradigm: a fresh look at power and institutions. African Studies Review, 59(3), 169-180..

Over the past decades, the democratic transition has opened the doors to globalization and cooperation between African countries and the rest of the world. However, up to now, the journey to stabilization and adoption of liberal-democratic principles in the governments still shows some complications and restraints that may take a bit of time.

To sum up, it makes sense that democracy and economic development can be related. However, it cannot be strictly confirmed if there is a positive or negative relationship because, so far, different studies have found different points of view. There is still a gap in tangible literature to elaborate on whether democracy enables development or whether policies created by a democratic regime are more efficient than those of other regimes.

Human development indicators are crucial proof that can show how a government or economy is running through its course to development. On the other hand, while African countries’ transition into democracy opened ways for connection and trade with the rest of the world, it also raised the problem of migration spikes. Neopatrimonialism and idealism are still persistent in Africa, which shows that liberal-democratization in Africa still has a long way to go and is a process that will require reforms and changes.